What can we help you with?

Red Roses Meanings, Symbolism, History, and When to Gift Them. 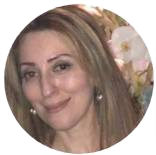 Giving someone red roses is always meaningful. But what do all the colors, possible combinations, and numbers symbolize? It turns out that all of these choices matter, and with this easy guide, you can understand exactly what you are telling that special someone with the flowers you give them. 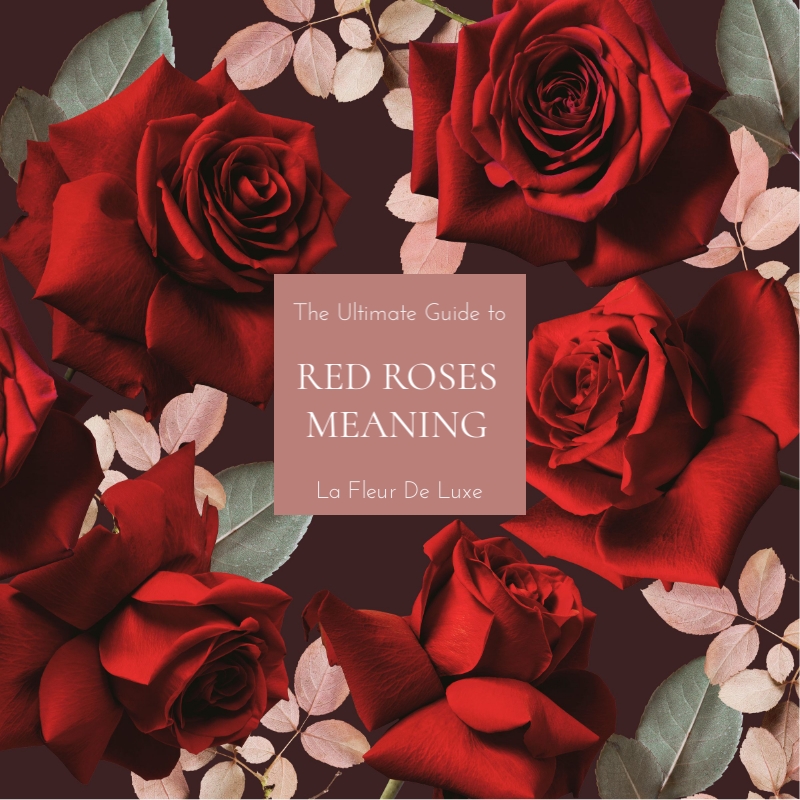 Have you ever wondered about the symbolism behind red roses? While we all know that they refer to love, every shade has its own meaning. Not only that, but different combinations of colors and even different numbers of red roses all contribute to the message behind the flowers.

To understand what red roses signify, you need to dive into a fantastic world of symbolism developed in many cultures worldwide over the past 5,000 years. In that time, these meanings have become a language all their own.

By reading through this guide, you’ll be able to understand exactly what a bouquet of red roses says and how to pick the right flowers for the occasion. Whether your love is in bloom or seems like it’s beginning to wilt, there is a right (and a wrong) choice.

Light red roses differ from their cousins by combining the sumptuous red with the grace and cleanliness of white. This tone conveys the most respectful, elevated elements of love. 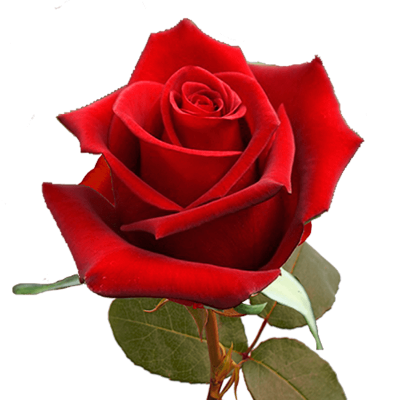 When you give a lover a light red rose, it can often stand for gratitude and unconditional love. This is a great gift when a relationship has flowered from those early, exciting days into a more mature and deep-rooted connection.

Light red roses are that perfect statement that your lover is seen, and you take note of all they do for you. With these, you say you will love them no matter what comes next.

There is something innocent about light red roses, and that’s why they can also mean love at first sight. When you catch someone’s eye in the subway, at the park, or in the cafe and you feel an immediate connection, nothing states the power of the moment like a light red rose. This kind of thing is all too rare and requires a special gift.

Giving a light red rose can also signify purity and sincerity. Here, combinations can be compelling, with this rose adding to the full bouquet of meaning. 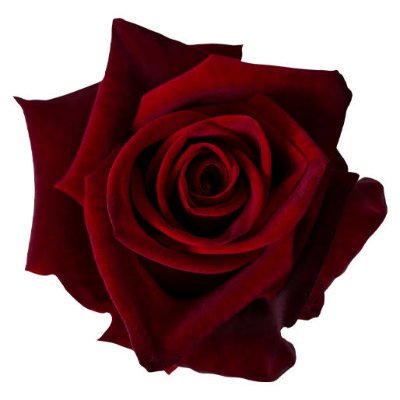 Dark red roses have a special connection to the sultry side of love. That deeper color also can communicate deeper bonds that grow in the rich soil of passion.

Of course, what immediately comes to mind for most when they see a dark red rose is a true love, romance, passion, and desire. The colors of the petals are so deep that they remind us of that burning mixture that only a dark red rose can symbolize..

But giving a dark red rose might also suggest that you are ready for commitment — and it’s a dramatic way to make those intentions clear.

Dark red roses have a special connection to the sultry side of love. That deeper color also can communicate deeper bonds that grow in the rich soil of passion.

What is the Meaning of a Single Red Rose?

A single red rose is a perfect way to say “I love you” for the first time. It opens the door to a new world between two people with this simultaneously vulnerable and brave gesture — like the single flower itself.

There is, perhaps, no other way to express this tender moment than with a single red rose. With a lone flower, the message of love in all red roses is brought down to its essentials and the beginning of a great romance. 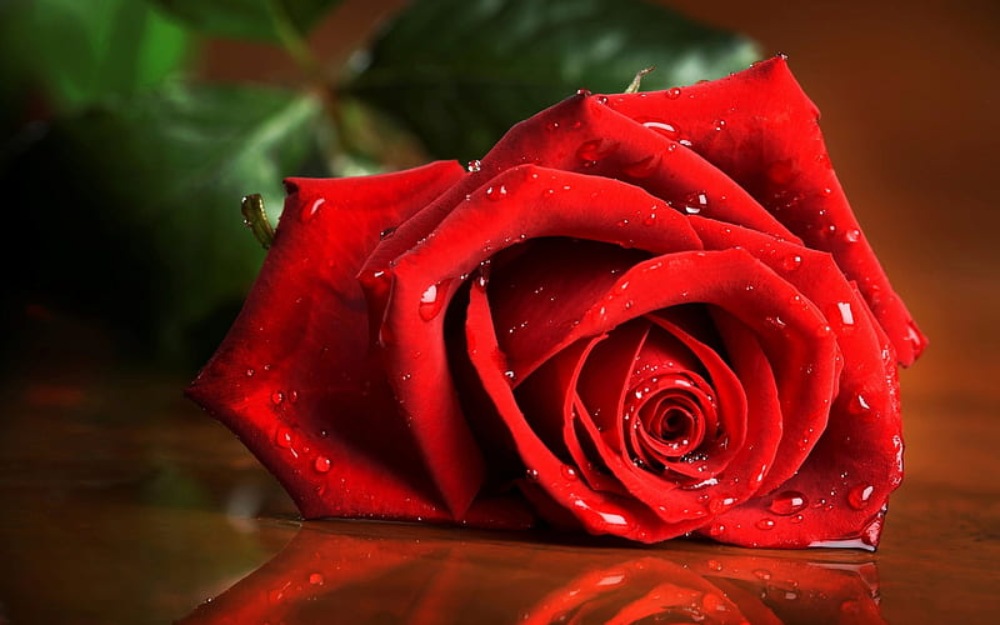 The Meaning of a Red Rose When Combined With Other Roses

While red roses can convey a wide range of deep, romantic feelings on their own, you can explore even more messages by combining different colors. 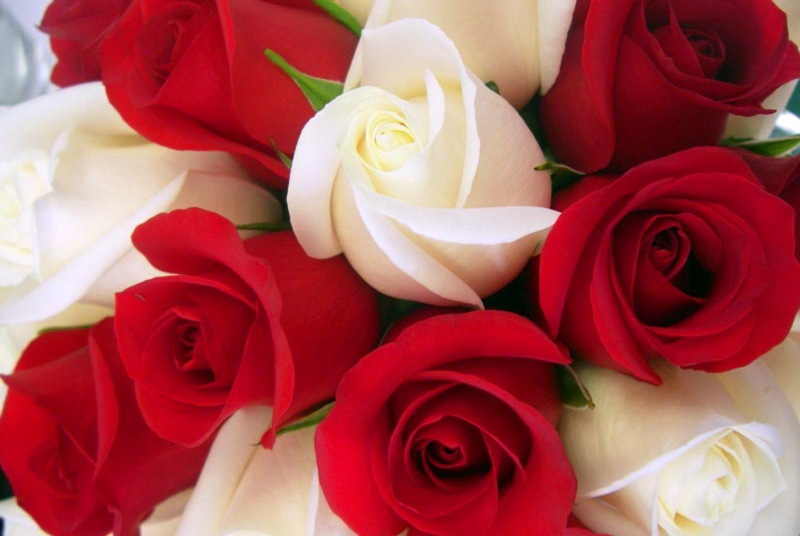 How Many Roses Should You Give: Numbers & Meanings

The color of roses is important, but the number should not be overlooked. Of course, if the roses are for an anniversary, picking the years you have been together being always acceptable. But many other meanings can be conveyed through the number, including 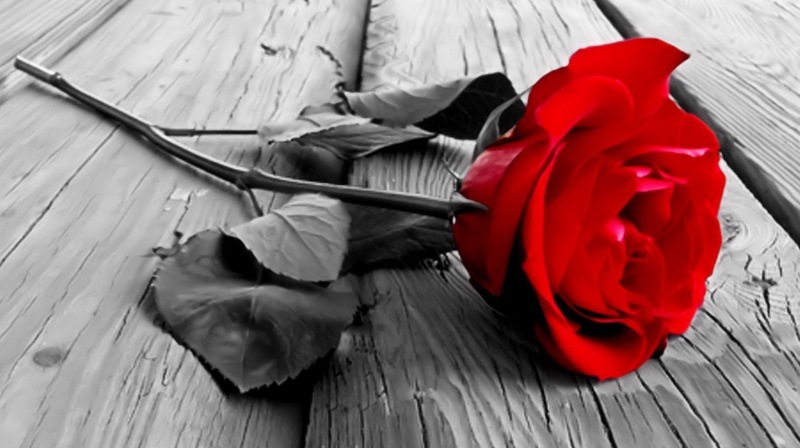 While these flowers have existed for tens of millions of years in some form or another, roses have been specifically cultivated for their beauty for at least 5,000 years. China is likely the first place people began growing them for decorative purposes, although they were also used for their medicinal and aromatic traits.

In Ancient Greece, red roses were said to be created by none other than the Goddess of Love, Aphrodite. When a wild boar attacked and wounded her lover Adonis, the goddess wept over his body. The blood and tears ran together and pooled on the ground. In that very place, the first rose bush emerged and bloomed.

There is a similar myth popularized in Rome between Venus (the Latin name for Aphrodite) and Adonis. Here, Venus warned her lover that he should never hunt a fearless animal. He ignored her, and Venus chased him through the forest — cutting her legs on thorns. The blood from these wounds landed on white roses, turning them red.

In the Middle Ages, roses came to be associated with royalty. The powerful House of Lancaster chose the red rose as its symbol, with the rival House of York choosing the white. Their 15th-century battles for control of the island were thus later called the Wars of the Roses. In the act of unity, the Tudors created their own rose, which mixed white and red.

Middle Eastern poets also praised the rose, saying that their beauty inspires the nightingale to sing. And for Sufi, the rose symbolizes the love between two humans and a higher love that connects our souls with the divine.

The 19th century saw rapid growth in the availability of roses. Because of all the poetry around the flowers, giving roses as a gift to show affection became a popular practice. This was especially helpful during the Victorian Era when speaking of one's passions was frowned upon.

Through the 20th and 21st centuries, red roses have continued as a beautiful way to express your love for someone else. 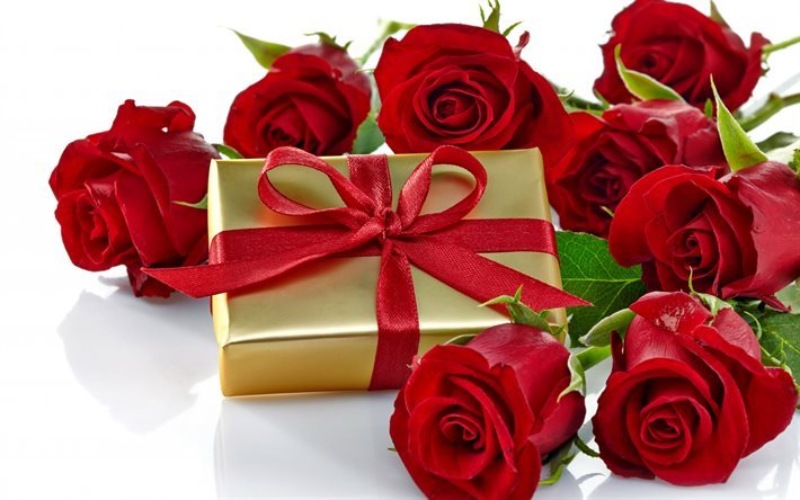 Top Occasions Where You Can Gift Red Roses

There are many times when simply saying something isn’t enough. When you deliver a rose, it makes a poetic gesture that won’t be soon forgotten. 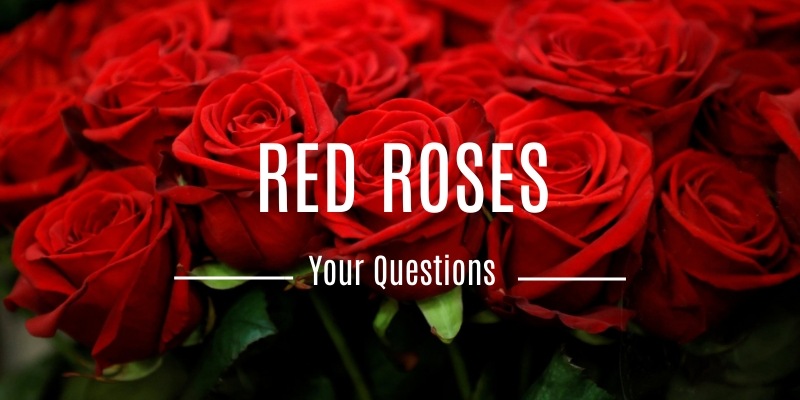 Q. What do red roses symbolize?

A. Red roses symbolize love. While many variations and unique aspects depend on the number and shade, love is always at the core of its meaning.

Q. Why are red roses a symbol of love?

A. Red roses have become a symbol of love due to their beauty and fiery color — which has inspired many myths and poems in the last few thousand years. Those tales have influenced people to give red roses to lovers.

Q. Where did the red rose originate?

A. Roses were cultivated about 5,000 years ago, most likely in China. By the Common Era, they were very popular in the Middle East. Their popularity in Rome spread their significance throughout Europe.

Q. What does it mean when someone gives you red roses?

A. If someone gives you the gift of roses, it almost always means that they love you.

Q. What does a red rose mean spiritually?

A. On a spiritual level, red roses symbolize passion and sacrifice. They have come to be associated with the Virgin Mary by Christianity and the search for divine love in Sufism.

Q. Are red roses appropriate for a funeral?

A. White roses are the traditional funeral flower, but red roses can also communicate the beauty of life lost.

A. A dozen red roses essentially say, “I’m yours and you are mine.” For this reason, it is one of the most popular options for Valentine’s Day.

This guide was written to help you understand the depth of symbolism behind red roses, including the significance behind the shade and number. The historical and contemporary uses of roses can help you better grasp the subtle variations of meaning that lurk among all these gorgeous petals.

Now that you know the meanings behind red roses, you can confidently purchase them. To find the perfect rose today to give to that special someone!

From flowers beyond their wildest dreams to a new way of imagining what loved ones might like, your quest for the stunning rose arrangement in a gift box ends here. 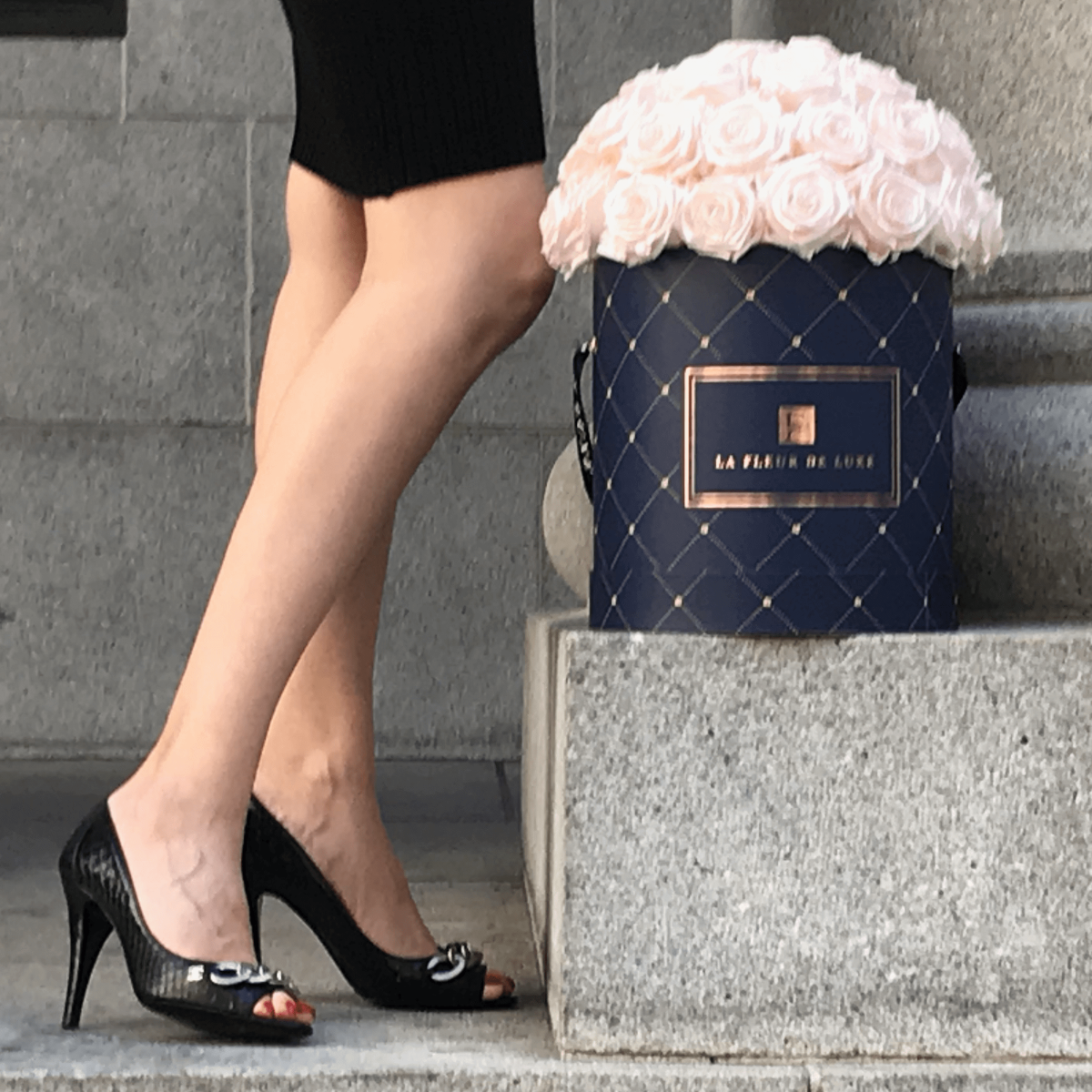 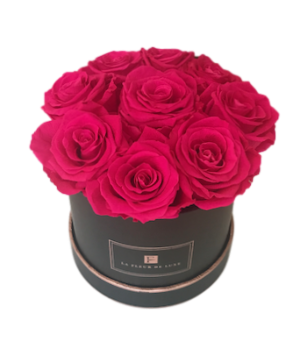 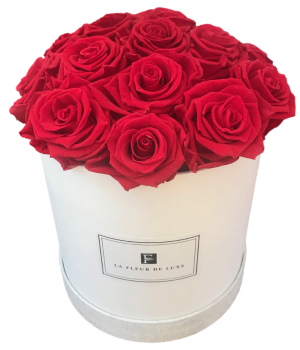 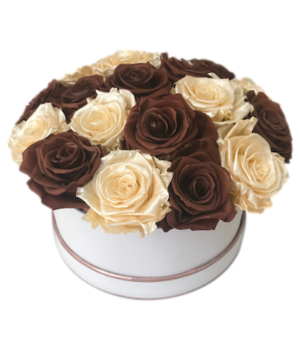 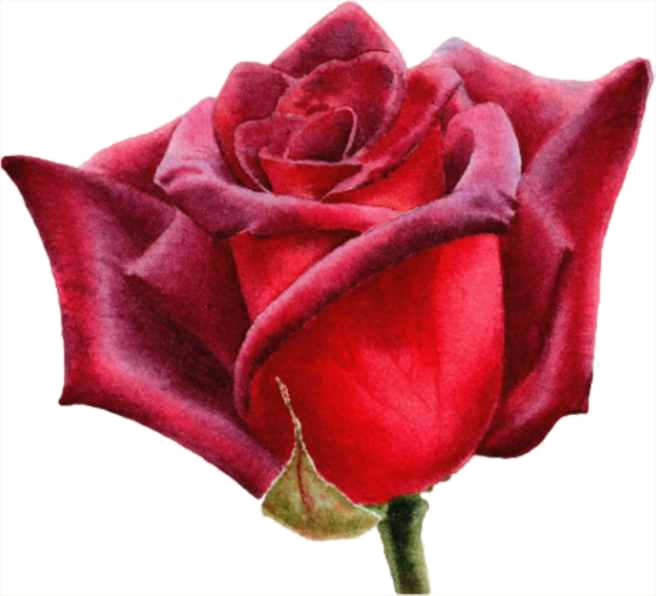 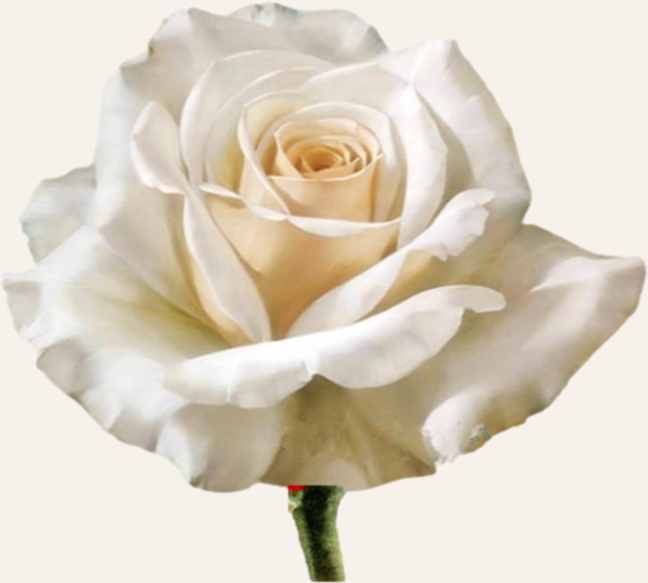 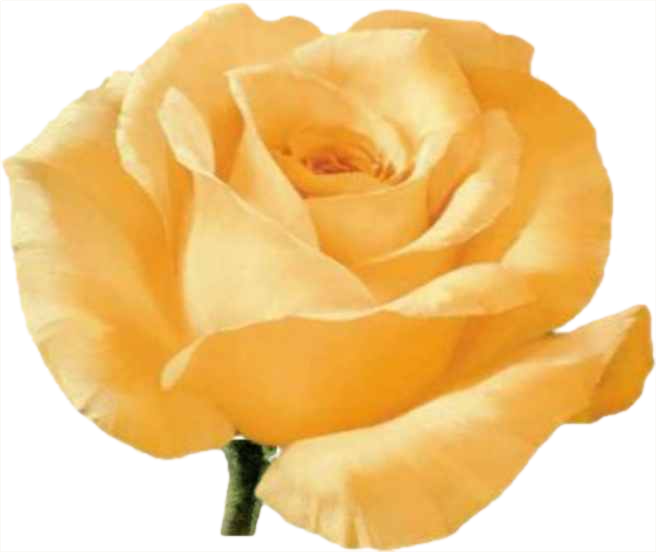 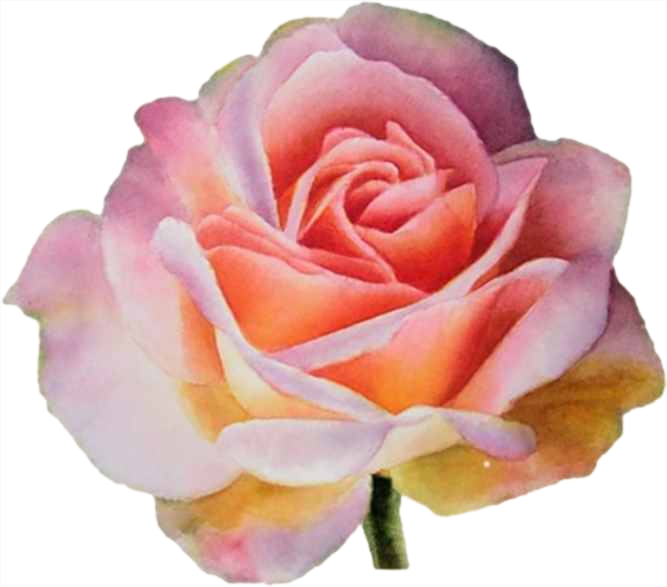